The purpose of the Tune Stronghold was to advance the defense to a distance from Copenhagen, where modern artillery could not reach the capitol.

The modern artillery had outdated the fortifications from 1886, and it was not able to prevent shelling of the capitol. If the army did not have a forwarded defense line to prevent hostile remote observation and fire, then the forts, the Western Enceinte and Copenhagen could be fired upon with heavy artillery.

There was a need for forwarded stronghold

The narrowest place on Zealand

Trench at the Tune stronghold

The Stronghold began at Mosede Fort (coastal battery) south of Copenhagen and went north west through Karlslunde and Vindinge to Veddelev,  north of the city Roskilde at the Roskilde Fjord.
It was the narrowest place on Zealand.

The Line was planned to continue to Frederiksværk and Lynæs at the northern coast of Zealand , but this was never put into practice.
The materials, however, were purchased and stored.

The Tune Stronghold surpasses all former defense installations in Denmark in length and constructions. The Dannevirke Ramparts was “only” 14 kilometres and largely without fixed installations.

The Western Enceinte was 14 kilometres, but with much larger fixed installations.

The Tune stronghold was 22 km with almost 5000 constructions.
All was all dug by pioneer- and infantry units, almost  by hand.

Experiences from the First World War

The Tune Stronghold came to live up to the last known experiences and principles of the First World War.
The overriding principle was the big fields with barbed wire flanked by small cavities (bunkers with two recoil guns and a floodlight) and the slightly larger galleries (bunkers with up to 8 crew).
The fire of the flanking machine guns on the barbed wire areas was precisely the tactic that had required large casualties among the attacking forces in particular the trenches in France.
Between the caves and the galleries, there were regular trenches alongside the barbed wire, from where the infantry could counterattack.
The area in front of the Stronghold could off cause be shelled by the artillery behind it. 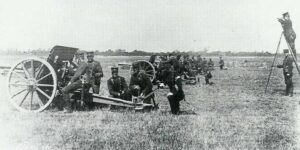 The latest weapon technical and commanding experiences were used during the the construction. Intelligence from the battlefields came slowly but surely back to the Staffs. And there were much to report on. The battlefields af World War I, were the laboratory bench for the firearms industry – with huge losses to follow.
The military principles could not be revised as fast as the new discoveries – and the battlefield swarmed with new creepy arms.

The command and the crew of the Tune stronghold: 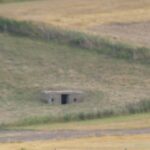 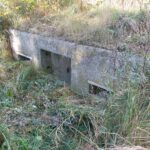 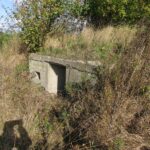 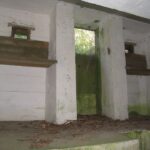 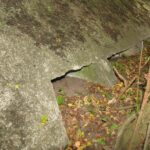 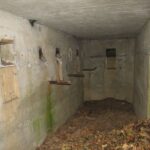 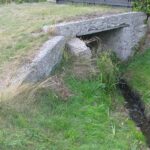