The Christiansholms Line was built during the years 1887 to 1892

In addition to the triangular battery itself,  the line consisted of two batteries located on each side of the fort building.

The two battery lines, the Eastern and the Western, were each equipped with four 15 cm. cannons with a range of 6.3 km.
The two batteries were also called the eastern and western women’s batteries. These eight 15 cm cannons were the so-called “The womens cannons”, because they were procured for funds collected by 20,000 patriotic women and donated to the king.
Beside the womens guns, the eastern battery had two cannons more, and the western battery had six 9 cm cannons with a range at just under 6 km.

The battery building, the Fort

The battery or fort body was a concrete casemate building,triangular, surrounded by a wet moat.
The fort itself had two floors: the upper for the artillery and the lower for accommodation and ammunition storage.

On the fort deck the armament consisted of three amored turrets with short 15cm cannons with a range of approx. 5 km.
To defend the fort itself, two 8mm machine guns (multi-barreled hand-held machine guns) were mounted. They shouyld protect the two moats. The gathered at the top of the front triangle.
The baseline of the triangle (throat), was defended with two 9cm flanking cannons.

The battery had a number of quite different tasks. It was to take part in the closure of the ‘hole in the northern front’, as the southern part of Dyrehaven
could be shelled from here. Finally, the plans included that the fort should house its own forces that could be deployed if the enemy tried to land.
walk at Bellevue or surrounding area.

Christiansholms Batteri was closed down in 1920. 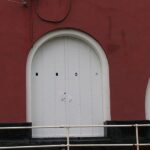 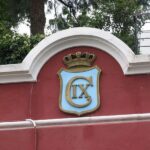 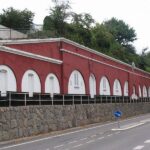 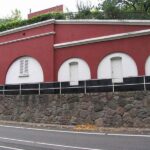 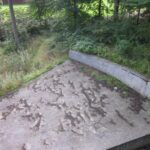 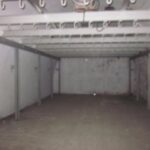 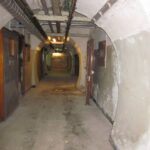 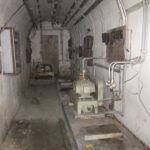