The ammunition magazine was originally located on the right side of the face and was covered with 30 meters of soil. From the storage, the ammunition could be carried to the concrete gun emplacements  through two tunnels.
North of the large traverse there was another traverse as well as there were smaller traverses between th guns, dividing them in pairs.

There were no shelters for the crew, only some wooden barracks on the terrain.
However, there was a casemate in the southwest corner of the large travers.

The Fort was rearmed.

Originally, the battery was equipped with two 35.5 cm. cannons on each side of the large travers.
Also two 15 cm. cannons north of the northernmost of the two heavy cannons and on each wing a 47 mm. quick firing cannon.

The battery had two 90 cm floodlights and 2 distance meter stations.

Accommodation for the crew.

At the remodelling in 1910, a casemate building with engine rooms and 7 rooms for accommodation of the crew was constructed. These accomodations were situated in connection with the 5 existing ammunition magazines in the large travers.

Towards the seaside, the equipment was changed. Two 120 mm cannons and four 29 cm. howitzers were mounted on concrete foundations  south of the large traverse.

On the rampart at the throat, turned to the landside, two 37 mm. Hotschkiss revolving cannons were mounted.

At the fort there were two 75 mm. cannons further , stored in cannon sheds on terrain. They could be used form the ranpart round the throat.
For close combat there were 10 maschine guns.

The defense of the wet moat consisted of 3 flanking caponieres. 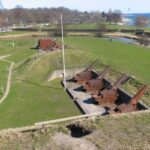 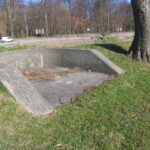 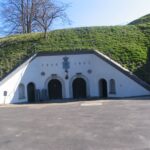 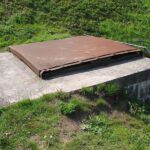 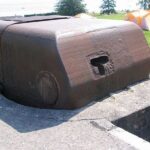 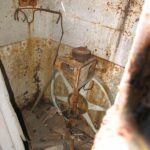 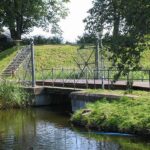 Bridge to the fort 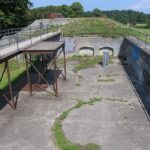 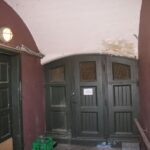 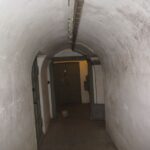 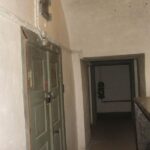 Corridor at the accomodations 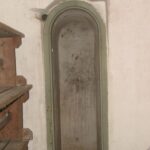 Behind the ammunition magazine 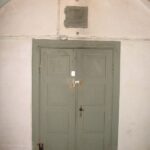 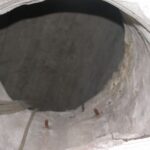 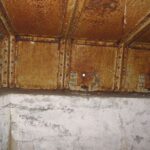 Inside caponiere in the moat