The Flak Fort is a sea fort.
It was built during the years 1910 to 1914  in connection with the expansion of Copenhagen sea fortification. It was built on the northwestern part of the Saltholm Flak (Saltholm reef).

The fort id part of the third and farthest part of the sea fortifications.  It is built on an artificial island, the world’s second largest artificial island of 32,000 m2.
As far as is known this is the first time,  that reinforced concrete lowering boxes have been used as foundation.

The task of the fort was to cover the “Dutch Deep” waters, consisting of the canal between the Flak Fort and the Middelgrund Fort. It also had the task to to protect the Flinterenden waters and the waters  between Sweden and the island of Saltholm.
Flakfortet also had the opportunity to prevent north-south traffic in the Öresund if neccesary.

The Fort was rearmed

The Flak fort was used as a sea fort until 1957.
In 1965, it was decided to establish a HAWK rocket squadron at Middelgrundsfortet, but during the major rebuilding work this required, it was temporarily moved to Flakfortet until 1968.
After this time, the fort was leased to the Copenhagen Sailing Union in 1975 and opened to the public.
During this period, the fort fell victim to extensive vandalism. 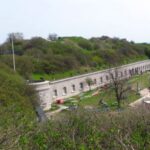 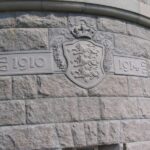 Ornament at the gate 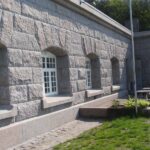 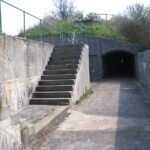 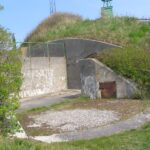 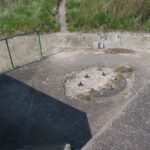 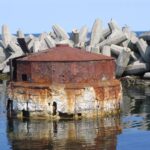 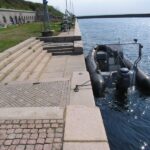 The harbour of the fort 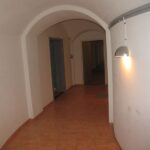 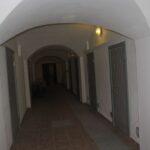 Accomodations for the ordinary ranks 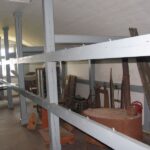 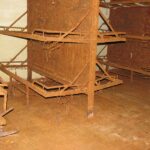 Dormitory for the AA crew 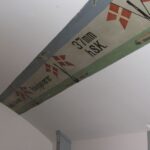 Decorations in the dormitory 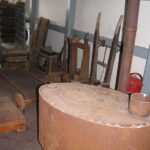 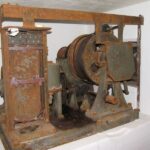 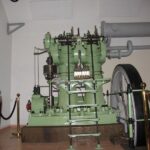