Together with the other strengthening of the sea fortifications in connection with a new defense system in 1867, there had been some talks of building a fort on the Middelgrunden, which, however, was abandoned at this time.

The task of the fort was to prevent the bombardement of Copenhagen, and to protect the northern mine barrier and to prevent enemy units from penetrating into the straits.

The foundation was built of timber and concrete sink boxes secured by a glacis of boulders.
A pier surrounds the island with the wet moat and the port of the fort.

The Harbour and the throat

Towards the port is the peace time barracks, which on two floors contains accomodation, galleys, officers’ quarters and the canteen.
In the extension of the first floor  are the casemates of the fort, which include ammunition storages, war time barracks, the hospital, the power plant, the sea ​​mine control station and the administrative offices.

The fire control centerof the fort was situated around the center traverse, on which a lighthouse also was erected.

The Armament of the Fort

During World War I, the fort was staffed by 733 men.
In 1932, the navy took over the Middelgrunds Fort and it was modernized. The crew was now reduced to 260 men.

During the Cold War, the Air Force took over the Middelgrunds Fort as a HAWK SAM missile launcher area.  In this connection a number of the old buildings were demolished. 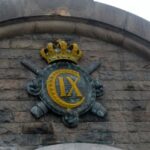 Ornament over the gate 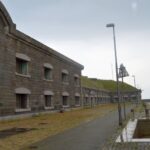 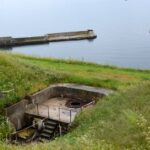 The harbour and a 120 mm. gun emplacement 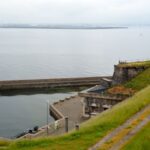 The harbour and the commanders residence 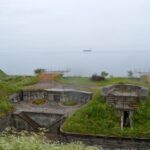 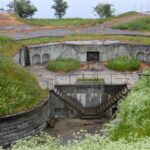 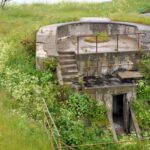 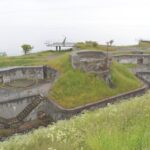 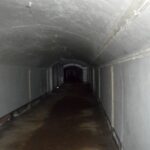 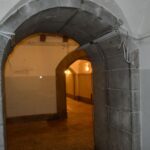 Corridor in the barracks 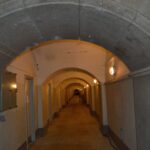 Corridor at the canteen 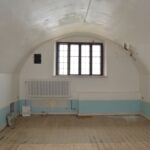 Accommodation in the barracks 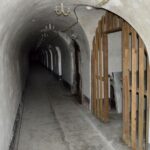 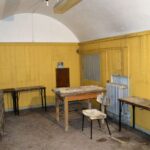 The sea mine control room 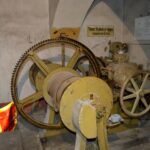 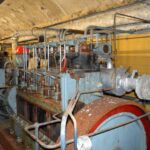