The Trekroner fort is the second fort at this position.
The original, from 1713, was located 200 meters north of the present and was formed by some obsolete
bored warships. Of these the re were 3 ships of the line. One of them, The Trekroner, gave name to the fort. The fort was active until 1731.

In 1786 the new Trekroner was commenced.
The fort was framed by a frame construction,  that was filled with soil and mud as well as material from a deepening of the port of Copenhagen.

The First Battle of Copenhagen

As early as 1801, before the fort was completed and armed, it participated against the English Navy in the First Battle of Copenhagen. The fort was hastily equipped with 66 cannons and 660 men. Together with the Danish Navy and some hastily equipped naval batteries, the enemy with the Admirals Parker and
Nelson in the lead,  was kept away form Copenhagen. However, this was not enough to avoid a defeat.

The Second Battle of Copenhagen

Again in 1807, the Trekroner was active during the English terror bombardement of Copenhagen.
The battle ended with large parts of Copenhagen being burned down and the Danish fleet being conquered.
This insident was the first terror bombardement of a civilian population in world history,  and the first time fire rockets were used (The Concrewe rockets, named after the inventor Sir William Concrewe)

Close to a state bankruptcy there were no funds for the defense, and it was not until 1818 that King Christian the 7th. had funds for completion of the Trekroner.  It was finished in 1828.
The bulwarks were now reinforced with a a three-meter-thick wall, and at the throat parapets with embrasures were constructed.

In the years 1838 to 1839, the two peacetime barracks were erected.
During the first and second Dansih-Prussian wars (1848-1850 and 1864),  the fort was staffed with 390 men.
In the period 1865 to 1869, the fort was expanded with the casemate building, some batteries with ammunition storages in the traverses between the cannons and a sea mine cortrol station.
Everything was built in the new material of the time – concrete.
In fact, Denmark was the first nation to use concrete for military purposes.

The casemate building is on three floors.
The lower floor contains accommodation for the crew and ammunition storages. In the middle is the artillery floor and on top af the fort the open emplacements separated by traverses. In the traverses storags for ammunitin were built in, close to the cannons.

At the fort facers and flanks there were a number of open emplacements, also separated by traverses with built-in ammunition storages.
The fort was extremely heavily armed.

Around the turn of the century, the armament consisted of:

Beside this there was a large amount af mitrailleuses and machineguns. 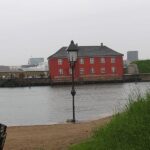 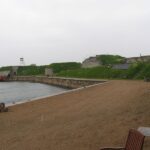 The harbour ans the battery 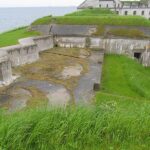 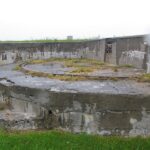 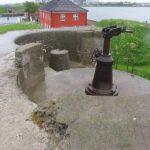 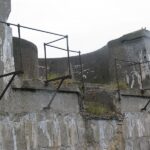 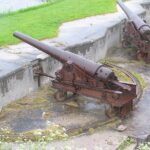 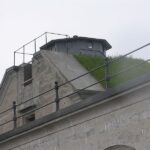 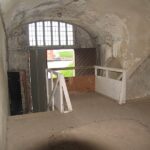 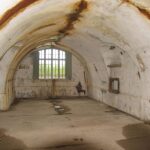 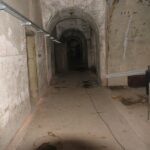 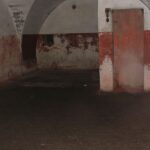 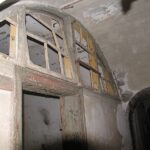 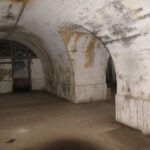 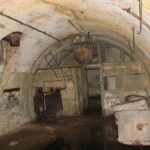 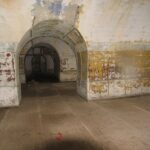