The Buddinge Battery was built over the years 1888 to 1889 southwest of the little town of Buddinge. It was supposed to defend the area in front of the Gladsaxe Fort, the Bagsværd Fort and the Lyngby Fort
by shooting over these. Also The Buddinge Battery should protect their back.  Finally, the battery should prevent enemy penetration through the valley between the Tinghøj and the Vangede Batteries.

The battery consisted of an open, 2.5 – 3 m high, partially underground system with six concrete gun emplacements, an underground ammunition storage and a smaller storage for ammunition, ready to use.

In addition, there was an observation post  on the southwestern rampart.

The battery was surrounded by a dry moat.

The battery was armed with six 12 cm. cannons M / 1885, which in peacetime were stored in an artillery storage 150 metres southeast of the battery. The crew was accomodated in small tents.

The battery was discontinued in 1920.

After the discontinuation, the battery was used by the Geodetic Institute (later the National Mapping and Cadastre Agency). Over the years, a number of small constructions have been made on the battery.

However, there are still parts of the battery to be seen. 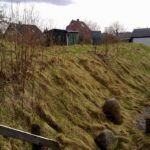 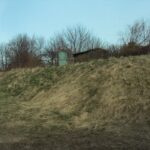 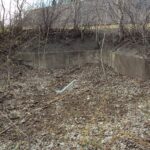 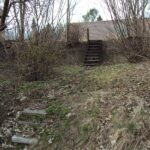 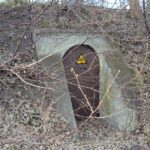 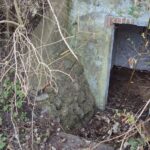 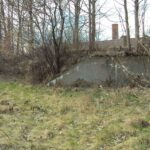